Brazilian Jiu-Jitsu, sometimes referred to as Gracie Jiu-Jitsu is a martial art that specializes in grappling techniques such as chokeholds and joint locks. It is traditionally practiced in a uniform called a gi, while currently no-gi (or submission wrestling) is also popular as well. Striking is covered from a self-defense perspective where you learn to protect yourself against such attacks as punches, haymakers, etc but generally your goal is to subdue your opponent by taking them to the ground and finishing with a joint lock or choke. In training students will often start from the ground because that is where 90% of the technique happens and even from specific positions such as mount, side control or the guard. Tapping is a way to give up without suffering injury and allows students to train safely.

Gracie Jiu-Jitsu is a trademarked term used by Rorion Gracie and his sons. As a result different Gracie family members would use their full name such as Relson Gracie Jiu-Jitsu or use the Gracie with the city that the academy was located such as Gracie Barra (Carlos Gracie Jr) or Gracie Humaita (Royler Gracie). When I was competing in Brazil I would compete under the Gracie Humaita team because Saulo and Xande Ribeiro were under Royler Gracie. Generally a Gracie Jiu-Jitsu school would be seen as more self-defense oriented if they are associated with Rorions sons (Rener and Ryron) where if they trained at Gracie Barra they would be see as more sport focused since Gracie Barra and Carlos Gracie Jr was running the IBJJF (International Brazilian Jiu-Jitsu Federation) which organized the biggest tournaments.

Brazilian Jiu-Jitsu came more directly from Japanese Judo which came from Japanese Ju-Jitsu. When Jigoro Kano (1860-1938) a student at the Tokyo Imperial University he began looking for Ju-Jitsu teachers and specifically looking for bonesetters because he thought doctors who knew martial arts were better teachers. He became an instructor himself by the age of 22. He cross trained with various schools and also included techniques from sumo and western wrestling. He began name his own system Judo which was based on the idea of Kuzushi or off balancing the opponent. He founded the Kodokan Judo Institue in 1882 at a buddhist temple. His student Mitsuyo Maeda traveled to Brazil and taught the Gracie family Judo. Kano setup contests between Judo and Ju-Jitsu schools and was largely successful and would incorporate techniques and strategies from other schools as needed. 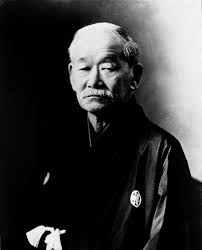 Mitsuyo Maeda (1878-1941) practiced sumo as a teenager and then joined the Kodokan Judo institute in 1895. Maeda learned from the first Kodokan judoka Tomita and close friend of Kano. Maeda traveled the world giving demonstrations and accepting challenge matches from various fighters and martial artists. Maeda taught Carlos Gracie judo in 1917. From there Carlos and his brother Helio took these teachings and developed Brazilian Jiu-Jitsu from there. 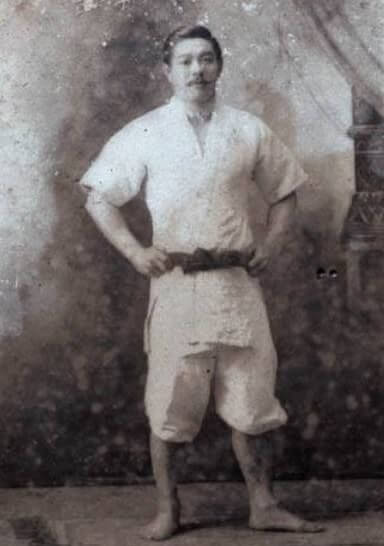 If it weren’t for World War 2, there might not be much difference from Judo and Brazilian Jiu-Jitsu, but for Judo to survive it became an Olympic sport. While Brazilian Jiu-Jitsu kept more of a focus on challenge matches and ground fighting.

Does all Brazilian Jiu-Jitsu come from the Gracies

No, Maeda taught others such as Luiz Franca who then taught Oswaldo Fadda. There were challenge matches between the Gracies and the Fadda in the mid 1900s. Fadda’s students were known to be good at leglocks. Academies under the Fadda lineage include Julio Cesar’s Grappling Fight Team (GFT) and Nova Uniao.