On Saturday February 5th, we sent a small crew over over 7 athletes over Grappling Industries Brazilian Jiu-Jitsu tournament at the Foothills Fieldhouse in Denver, Colorado. With over 75 teams competing our crew brought home a 5th place finish in the adults gi and no-gi including 5 gold medals, 3 silvers and a bronze. So 9 medals among 7 athletes is amazing! I was very proud of the crew they came with great energy and made some on the fly adjustments to take home some nice medals.

From standing I thought our guys generally looked very solid. Using some grip fighting techniques that I got from Travis Stevens, olympic silver medalist, our guys looked comfortable from the feet and could start the match from by takedown or guard pull, especially the blue and purple belts. Sometimes the white belts had a tendency to rush a takedown or go move too quickly between grips and not realize when they were dominating the grips and so they need a little work on dealing with stalling or more defensive opponents, but I was still pleased on the overall performance. Even though we spend a lot of time working on not walking into standard collar sleeve gripping situations, adrenaline takes over and we still started there and worked our way out of it, rather than initially dominating the grips. I think with our expanded mat area we will have more training situations on the feet and the guys will get more comfortable.

From the ground the guard looked great both closed and open guard. I was surprised by the amount of ankle locks the opponents would go for from the top of open. Generally this is a bad strategy to attempt an anklelock from top of open guard because if you miss then you end up giving up the sweep. I am not against anklelocks, but generally you don’t see guys drop back for them as much at the higher levels. We will work on passing from the top of the anklelock position (single leg x) a bit more, but I think it is a testament to the open guard work the guys are putting in that so many upper belts were not even attempting to pass after a bit.

Closed guard top saw a lot of improvement, but we did get caught in one silly armbar. Sometimes the guys are used to good fundamentals they get thrown off by some of the more low percentage moves and start watching instead of moving.

In no gi the guys looked good with the takedowns and leglock game. We need to work a bit more on getting comfortable passing the kimura trap position, aka 50/50 of the arms which can be a little tricky if you don’t know how to defend even if you are in dominant position. Again, I am very pleased with the effort of the team as a whole, but just wanted to put down some of my quick thoughts.

From a coaching perspective I love the software that they use. You have to be a little picky on the team name that you put down “Jubera Jiu-Jitsu” vs no hyphen “Jubera Jiu Jitsu”, but you have a good idea of your mat time so you aren’t spending all day waiting for your division to start and can quickly find your mat. Other tournament software is less responsive so you have a harder time getting updates on when/where your match is or the matches of your teammates. It is easy to find everyone on your team and who has the next match up. A+

The venue doesn’t have elevated spectator seating, but it is an air conditioned facility. Parking isn’t amazing, but better than some. It being a smaller to mid size facility it is easier/quicker to get in and out.

I thought the refs were decent. They aren’t to the quality of IBJJF, but for a local tournament I was very happy with them. 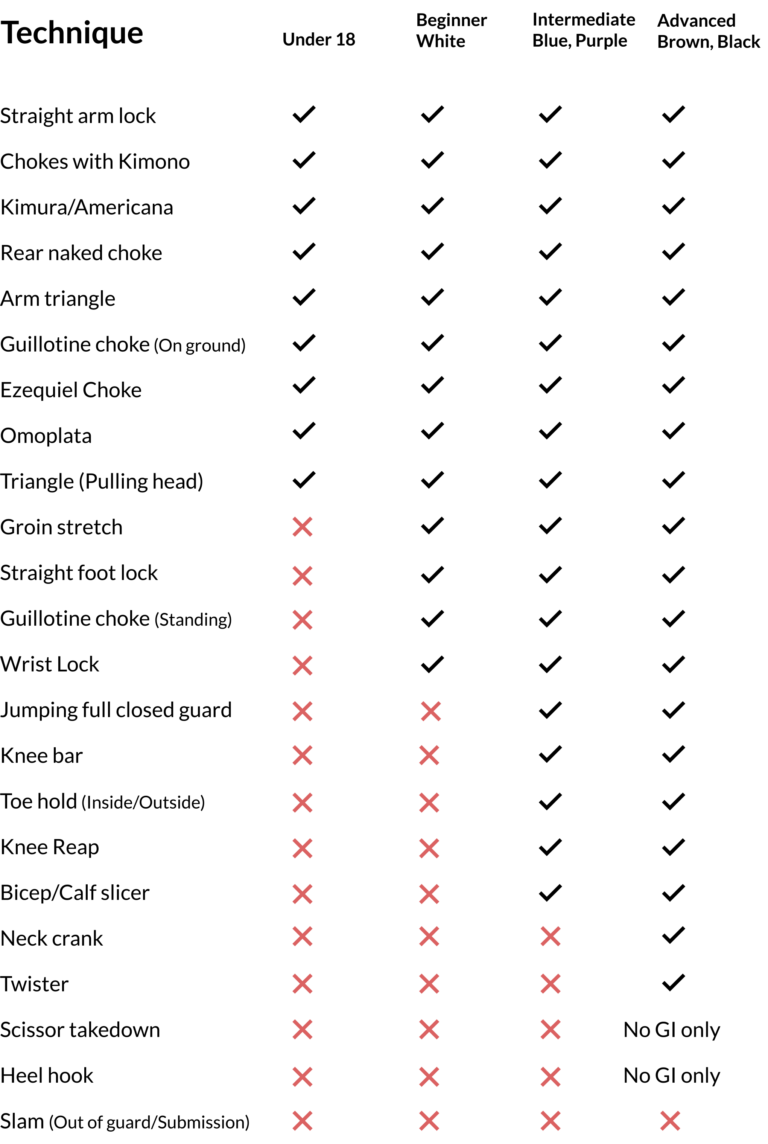