I have competed in a lot of different weight classes over the years. When I started Jiu-Jitsu I had just finished my senior season of high school wrestling at 145lbs. I stayed around that 150 lbs for the first 3 years of my Jiu-Jitsu and then bulked up a little bit to get to 175 by the end of college. From there I spent most of the next 10 years competing in the middle heavy division at around 190 lbs, but I got as light at 175 again and fluctuated about 210. I think a key to my longevity as a competitor was not having to cut a lot of weight for most of my career, especially in high school. So I don’t recommend my students cut much at all especially in their first 5 years or so. I think that can kill a love for the art and the sport so it isn’t something I believe in much. That being said here are my stages for weight loss whether you are just trying to lose a couple pounds after the pandemic or more than that.

Stage 1: Cut out Calories from liquids

Studies show that liquids make up 22% of the average American diet (link). That is an insane amount. While some liquids like milk can be beneficial, most sodas, juices, sweetened coffee drinks are loaded with sugars. Colorado is also known for their craft beer which can be super high in calories as well. I also find that 22% percent is a reasonable level to cut out to see where your weight goes. You don’t want to be overly strict as at stage 1 so I think cutting out calories from liquids means you won’t feel any less full. You might get a little jittery the first couple days if you are used to your coca cola at lunch, but coffee and unsweetened ice teas are ok. Usually I default to some sparkling water like La Croix or Spin Drift (which does have like 15 calories a can). Some students get a little edgy about removing their beer, so if you are just concerned about calories I would sip on a whiskey if you had to, but I do better with strong rules. That being said if I have a very hard practice, sometimes I drink gatorade with some extra electrolytes, but I will talk about fasted exercise later.

The benefit of this stage is that you shouldn’t feel any different in terms of hunger because you are still eating the same amount. Usually when I stop drinking sugary, delicious soda then I start retaining less water and I get an immediate drop of around 4-5lbs. This is the exciting easy part of weight loss. So it is nice to start with some momentum! 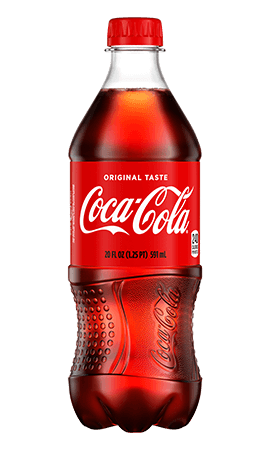 Alright you lost the easy weight, probably reduced 15-22% of your calories, but you want more. I think the next easiest thing to do is Time Restricted Eating aka Intermittent Fasting aka Skip a Meal. Basically pick an 8 hour window and stick to just eating in those 8 hours. Don’t break your fast with any beverages (see Stage 1). Sometimes there will be a bit more a lag to see results from this as you can get a little hungry the first few days and overeat, but your body will adapt and the pounds will start coming off. You can still eat whatever foods you want, and however much you want. If after a couple weeks you aren’t seeing the results you want feel free to start cutting the time period down even more. I have some friends who only eat one meal a day. That seems a bit extreme to me, and studies don’t seem to suggest a  difference between an 8 vs 5 hour eating window. The idea behind time restricted eating is to let your insulin levels return to normal rather than our usual of snacking all day. This will help your body start to break down more fats for energy rather than the sugar that you have from the snacks and sugary beverages. You can get really far with just stages 1 and 2 and you haven’t had to change what you eat or how much you eat. So basically, don’t drink calories, skip breakfast and don’t snack after dinner and you should be crushing it.

Hopefully by now you can tell I don’t like telling people what they should eat or how much they should eat. I feel like that is a little unsustainable long term. So if I am on a bit of a time crunch the next thing I throw in is fasted exercise. Usually this time crunch goes hand in hand with an upcoming Jiu-Jitsu tournament competition, so it doesn’t hurt to get some of the conditioning work in without eating. I usually don’t have a problem training BJJ on an empty stomach, but if it is a tough practice or a lot of standup then I usually need some calories so just pick a couple days to do your long slow distance road work without breakfast. Again this can take a little getting used to, but eventually you will crave it. Just a nice slow run for time or some cycling to build up your aerobic base. Of course you can do hill sprints and HIIT workouts as well, but I find that they take a little more out of me than I prefer on an empty stomach.

Studies show that fasted exercise burns up to 20% more fat by working out when in a fasted state rather than in a non fasted one (link).

Studies show that eating more healthy vegetables specifically beans, peas, chickpeas and other vegetable based proteins can make you feel more full. Studies show that people consumed 12% fewer calories in their next meal if they at beans rather than if they had eaten a meat based meal (link). This also had the added benefit of reducing bad cholesterol. Be a little careful adapting this stage to quickly because these are named the ‘Musical Fruit’ for a reason.

If you still aren’t losing weight at the pace you want, then it is probably time to switch to more traditional dieting, but don’t say I didn’t warn you. Keto got a lot of weight off me before, but I felt that I couldn’t get into my top gears like I could with a more normal diet, so I would steer you something closer to a Mediterranean diet instead unless it was like do or die in terms of time.